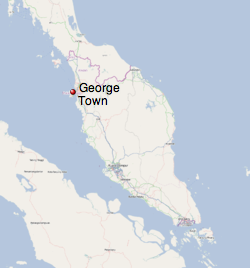 Penang is an island off the north-west of the Malay peninsula, formerly an important port in the Straits Settlements - though this importance would later diminish in step with the rise of Melaka and Singapore. The main city is George Town, which has about 150,000 people and features a fairly typical spread of Malays, Chinese and Indians.

It's a bit sleepier and more chilled out than KL which is something I was looking forward to, and it has a bit of a reputation for having excellent food.

I found some guys playing draughts\checkers with beer caps, and instinctively took a few pics. It was only later when I realised that the guy had some fairly obvious male camel toe on display. Click through to the last photo below to see what I mean. 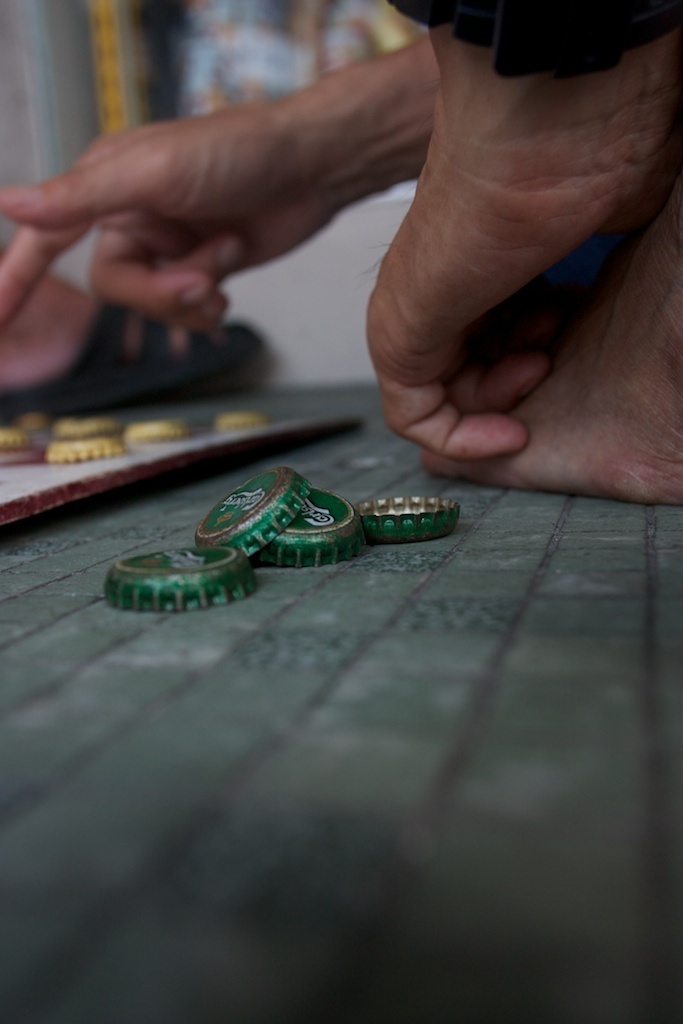 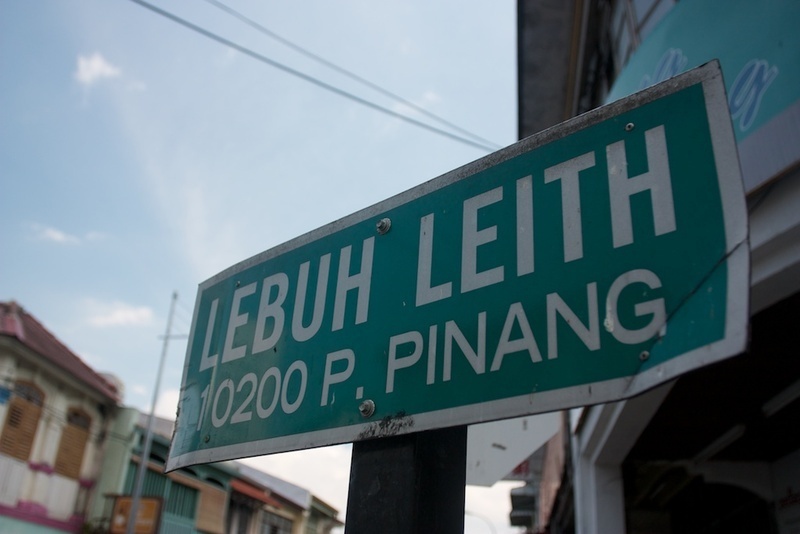 Across Malaysia there have been a fair amount of guys just asleep on the street in the shade, not homeless but just having a wee nap. Like this trishaw lad. I've got enough of these to make my own book, and I'm very tempted to do so. 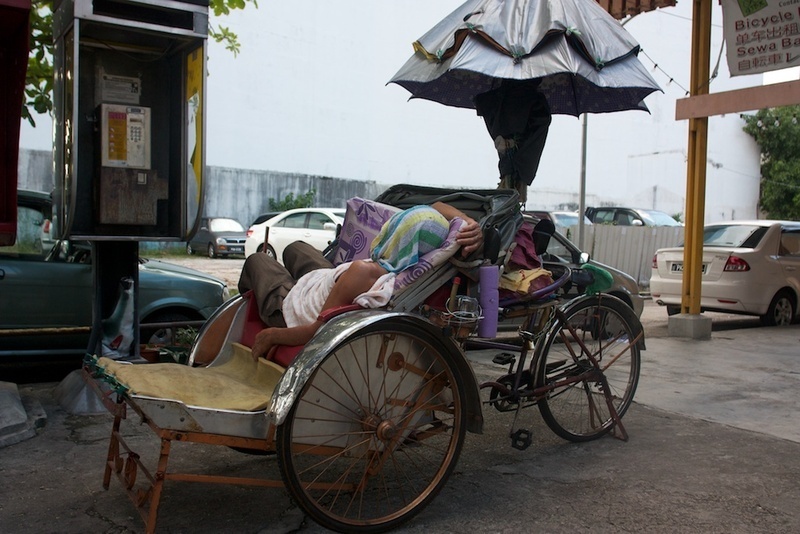 At some point a number of Chinese immigrants erected wooden jetties reaching about 50m out into the sea by my estimate, and built wooden houses on them. To this day there are still people living in the houses, some of which looked pretty nice - certainly by Malaysian standards. They're not just for living in, there's a couple of wee stores too, and fisherman either cast off from the tip of the jetty or land their catch from their boats there - before selling them in markets a few minutes away. 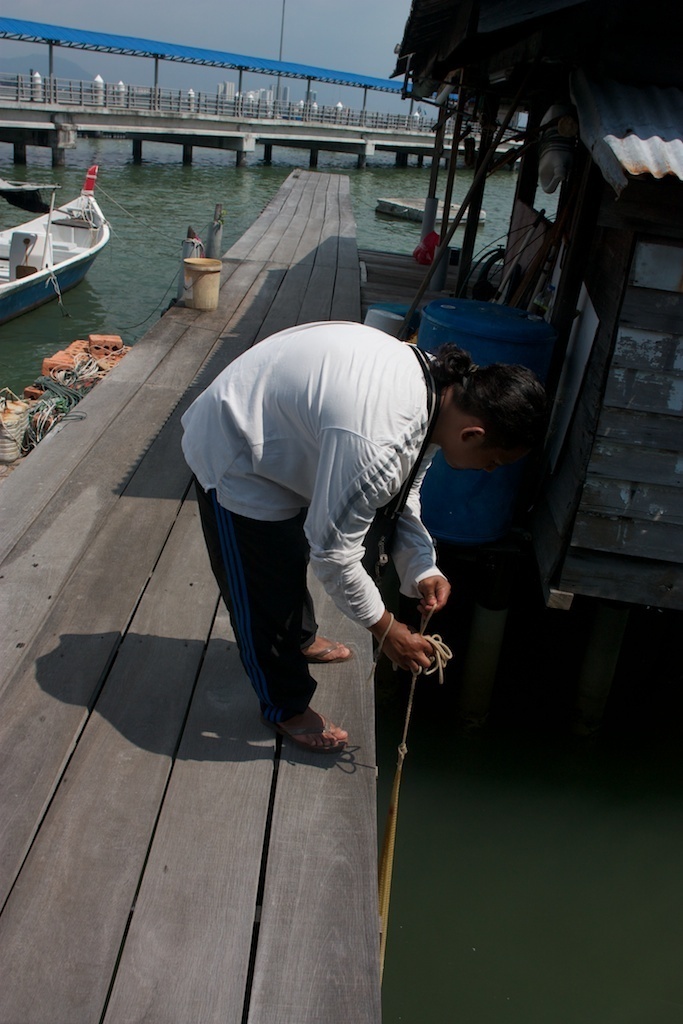 Hostel again was pretty cool, the owner was around giving out free cocktails. Couldn't what or how many  I had (or for that matter going to bed) but I found one receipt for a "Zombie" marked down from 16 Ringgit to 0 Ringgit. Anyway that night I caught a gecko, but only by the tail, which detached andwriggled on the table for about 5 minutes. I video'd, please pardon the drunken commentary "its ... just gonna be ... like ... this video with reggae and ... a tail"

Even though it's a pretty chilled place, I wanted to get out of the city so I took a bus to Air Itam and set out to climb a hill. I was aiming for Penang Hill, but after a policeman sent me the wrong way I figured any hill would do. En route I'd met a Canadian girl - Kate - so we set off together up a quiet looking road towards some hills.

A chinese man kindly directed us to a temple at the top and we blethered away for the duration of the climb. At one point he lectured us on alcohol, as I was complaining about my hangover, and proudly declared that he'd never touched the stuff. I suggested he might be missing out, but he was having none of it. The temple was lovely, as are all buddhist temples, but the view of Georgetown was obscured by trees.

We were given tea and crackers when we got there, and as our new friend went off to pray we spoke to a wee man who was missing a few teeth - he was eating his crackers by dipping them in the tea until they made a soggy tea-cracker soup which he'd then slurp down. 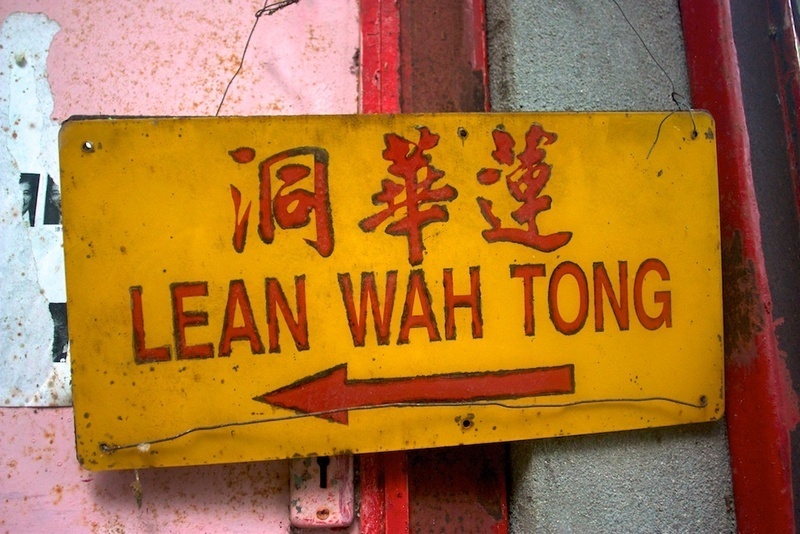 On my final night in Melaka I set out to have some frog, something I'd spotted in a Hawker centre a few nights previous. It was boney and just tasted like the chili soup it had been stewing in, but it was a very enjoyable meal all the same. I wish I'd ordered rice with it to soak up the soup, but I stupidly left my wallet and only had enough Ringgit for my frog and a beer. Whoops! 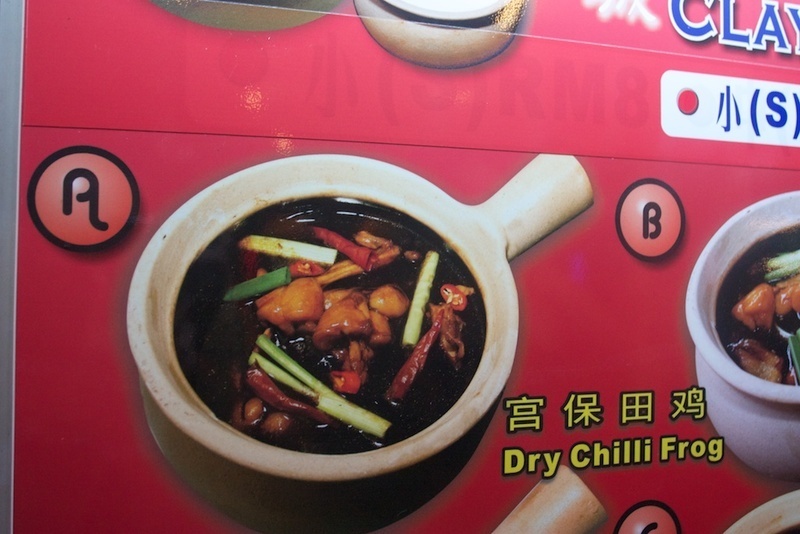