Brisbane was a bit painful for the first couple days or so due to jetlag and the fact that I went without sleep for the previous 48 hours or so. I was close to sleeping on the Dubai-Singapore-Brisbane flight, but each time this Russian lady kept waking me up to speak to me in Russian. I had to fill in her landing card (it says something along the lines of "THIS IS A LEGAL DOCUMENT" - so I'm pretty much a fully qualified international lawyer now). I couldn't mime the word for "job" so in the "occupation" field I just put "Teacher" but I was very tempted to put "Terrorist" for the manner in which she terrorised my flight. Anyway when I got there for the most part I just slept, occasionally waking up to have a couple of beers on the roof with whoever was in my room.

I did manage to do a bit of wandering around Brisbane, the Gallery of Modern Art had a Matisse exhibition which was excellent and the QUT Art Museum had some interesting stuff. But I was still a bit unsettled so I was glad to meet up with Elizabeth and drive up to Nambour.

First thing we did was sit on the back porch, have a cold beer watch the Kookaburras. Turns out Australia has a few good beers. 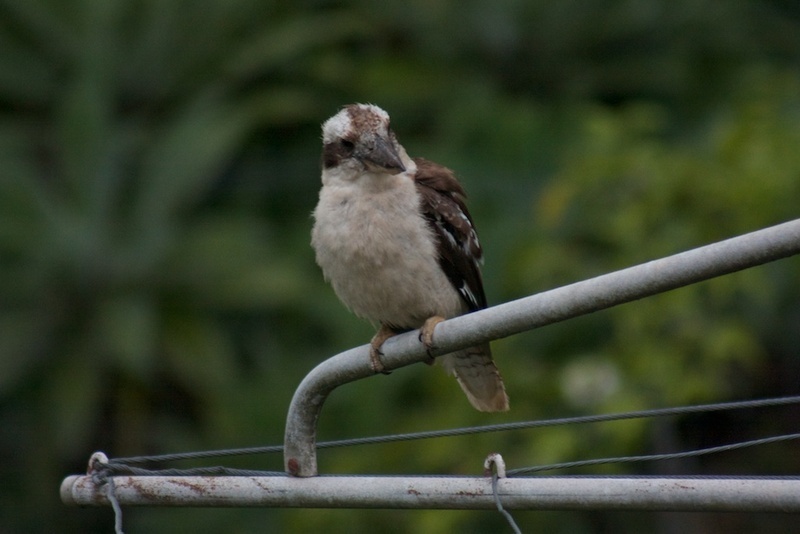 On Christmas day Dave & Veronica (Ant's parents) were kind enough to have a present for me (beer :)), as did Ant + Kara (beer also), and I got them a Lemon tree which I thought to be quite fitting. I also fed a magpie. 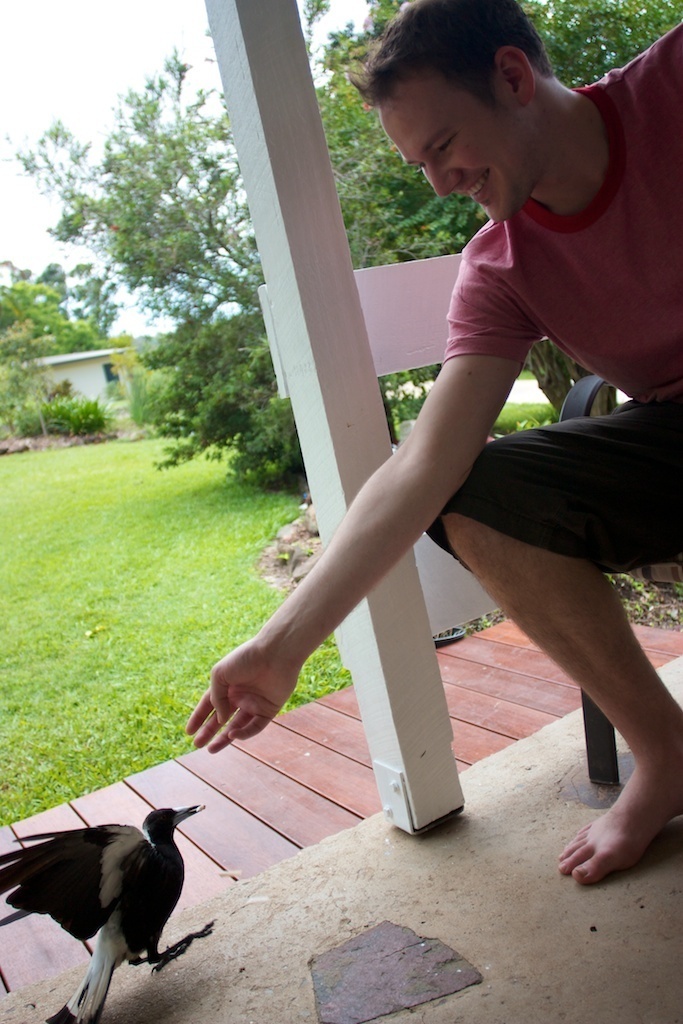 We found some golf clubs and took aim at a gum tree in the garden. I hit a chicken. 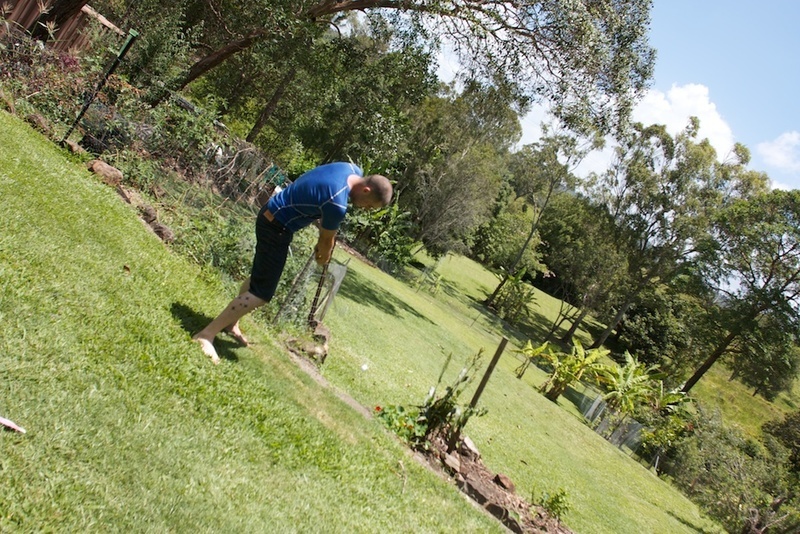 The Cuskelly's garden has a little creek which had started flowing pretty heavily due to heavy rain over the last few days, so we made a little wooden boat. Sadly it failed to run the rapids which seemed to disappoint Anthony. Over christmas lunch we talked about boats and Anthony fancied that we could put together lego boats which would make it all the way along the creek. Sadly he were wrong, my crocodile-powered-catamaran effort was particularly dismal (Elizabeth also opted for croc-power, and hers was similarly ill fated). 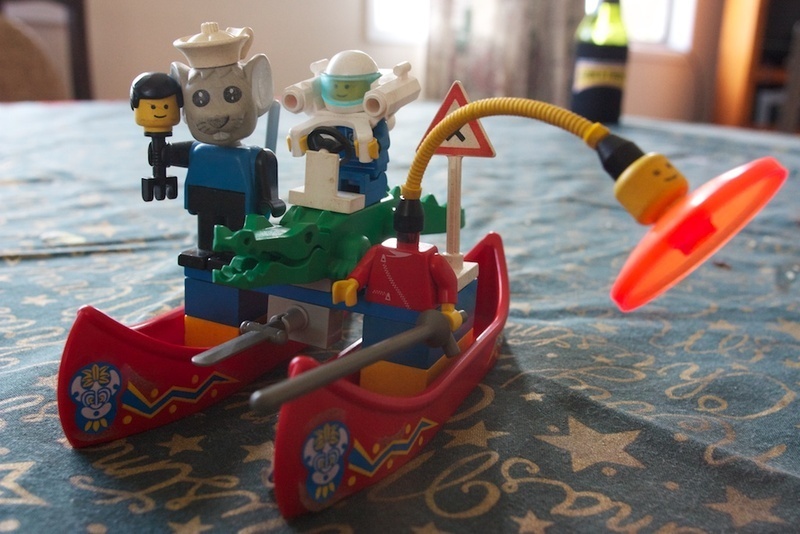 On Boxing Day we had a BBQ with Ant's relatives, who were all very lovely and we rolled out a 50m sheet of plastic for a Slip 'n' Slide in the back garden: 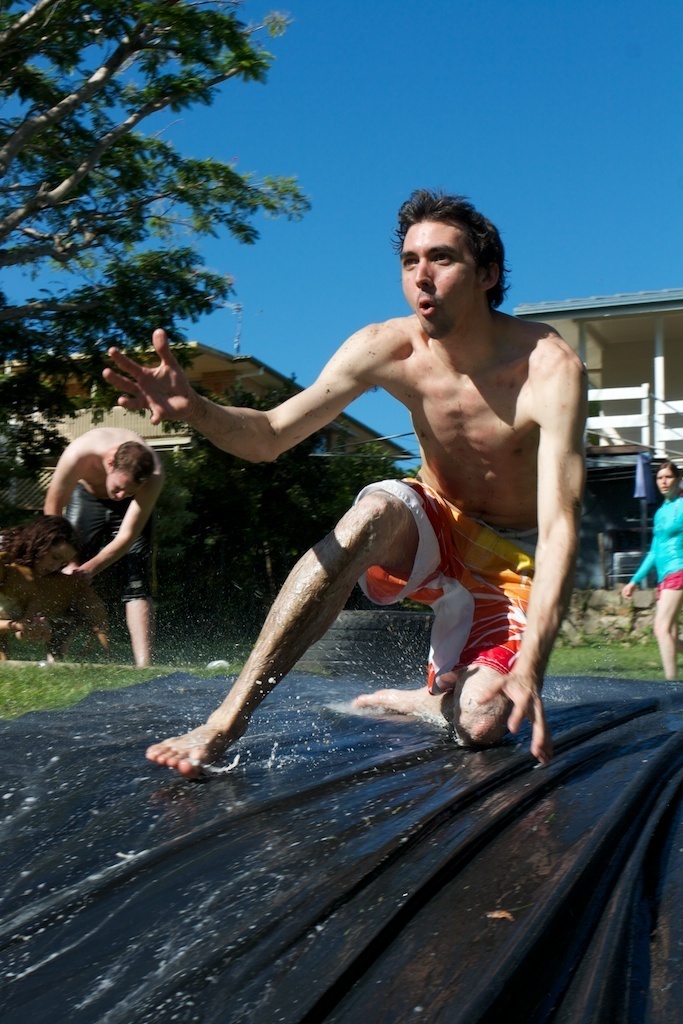 Over the next few days we'd do a bunch of things on the Sunshine Coast, visit Kondalilla Falls, go swimming on the beach at Noosa, climb Mount Cooroora, go offroading on 40 mile beach, visit Brisbane and go ice skating! 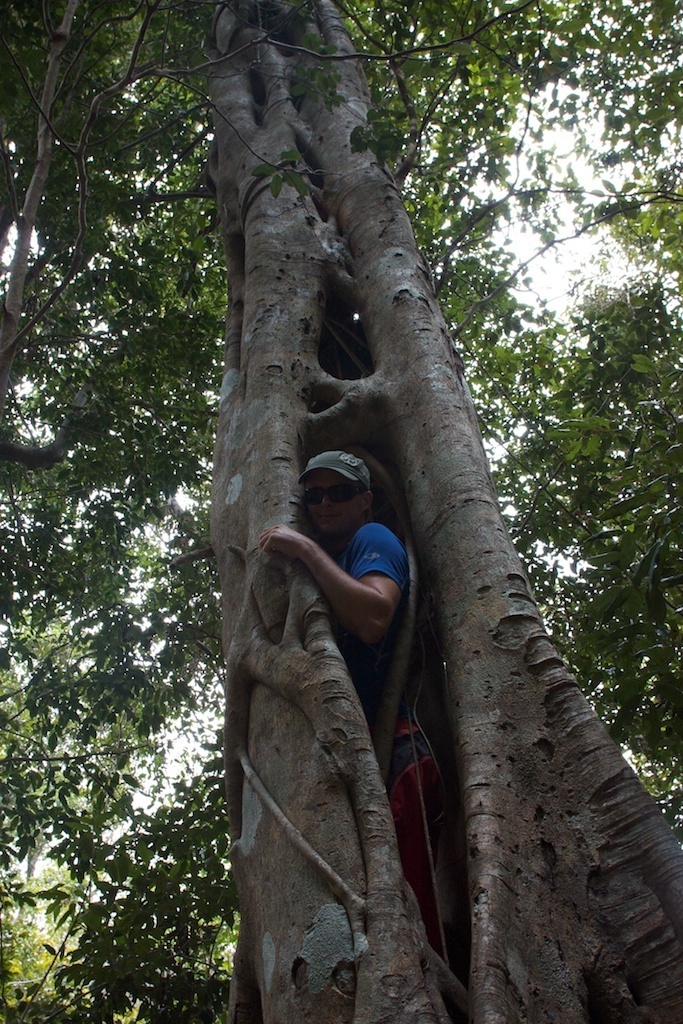 When I left Nambour to go back to Brisbane I went to the Lone Pines Koala Sanctuary to go hug a koala. I met up with a wee Taiwanese girl while I was there and we wandered around together playing with the animals for the rest of the afternoon. 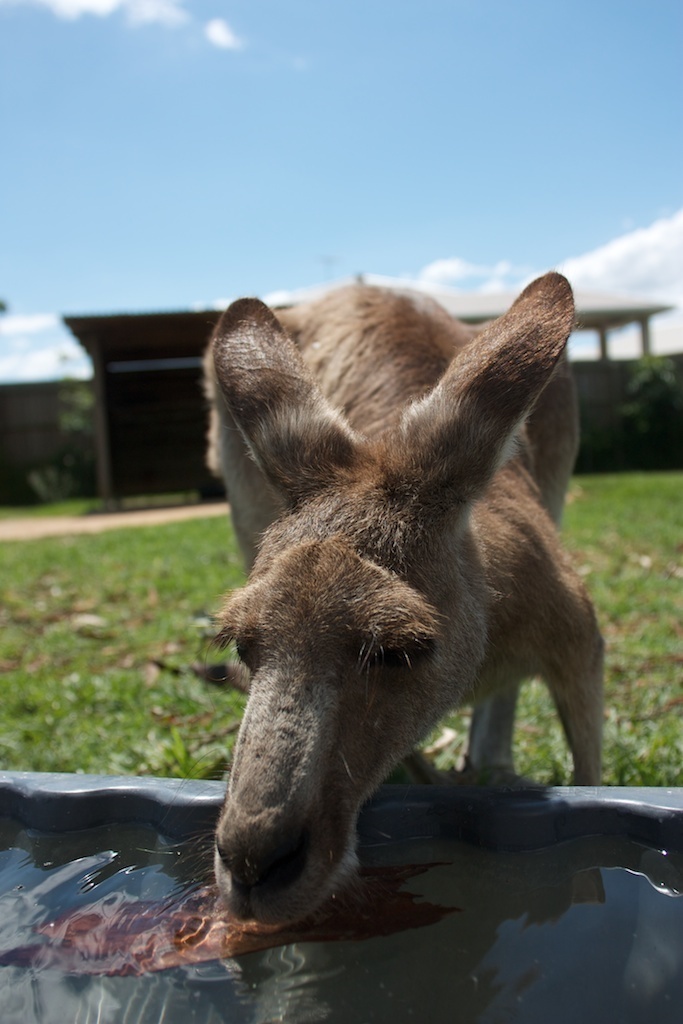 Audrey would go on to describe the pic of me and the Koala as "Gay". I also saw a kangaroo with a large joey in its pouch, reminded me of a scene from Family Guy: 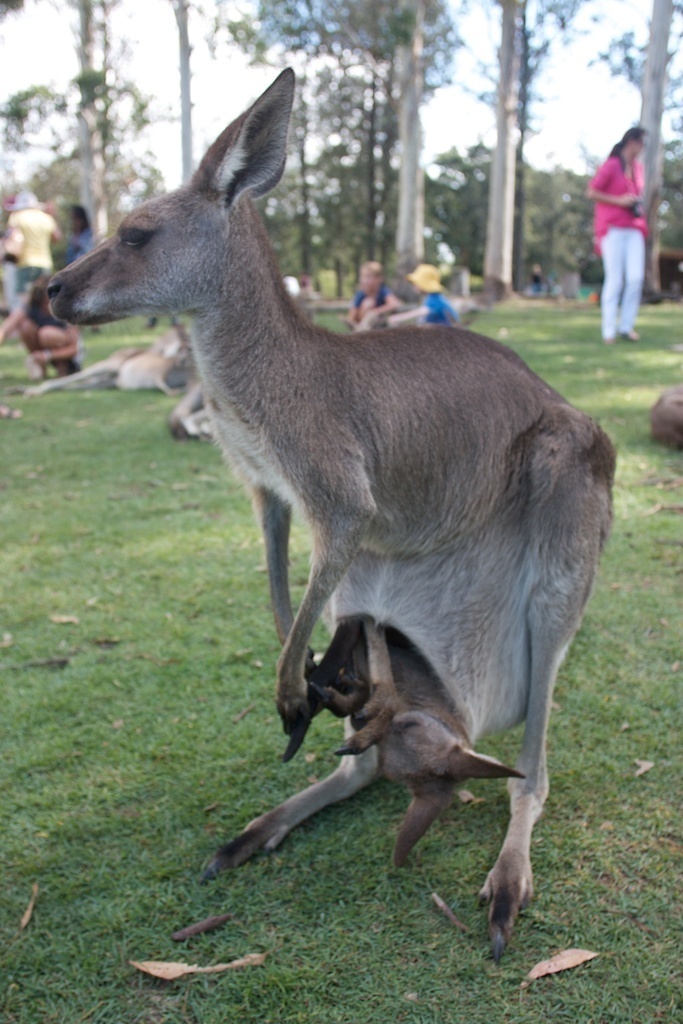 Next up was New Zealand...