After a month and a half in Aus I fancied something a bit different, so I formulated a wee plan. I hopped on a jetstar flight to Singapore from Perth. My flight insomnia sadly continued so after I landed at 5am and checked in at 6am I was so close to collapsing on my bunk for a nap. Figuring that this would be a waste, I chugged a Red Bull and took the MRT into Chinatown.

Watching a city like Singapore gradually wake up over the course of a few hours is very cool. Hawkers putting tables and chairs out, merchants opening the shutters of their shops, hungover guys in suits nursing their hangover with a coffee. I watched some guys putting up wooden poles for scaffolding. 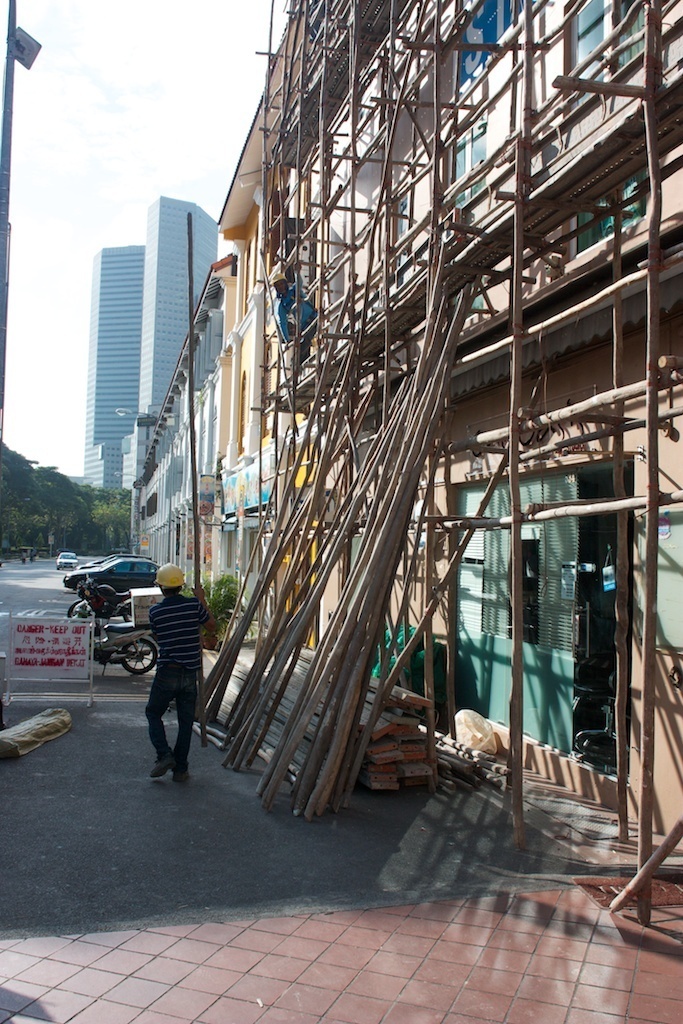 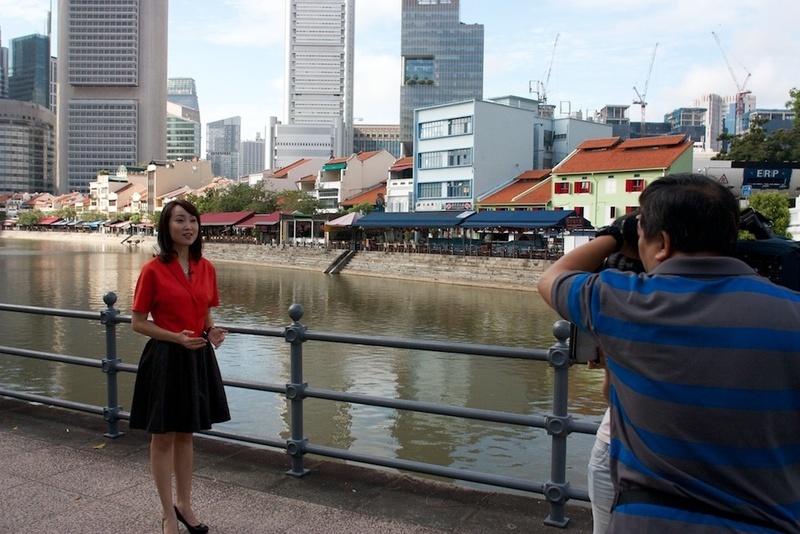 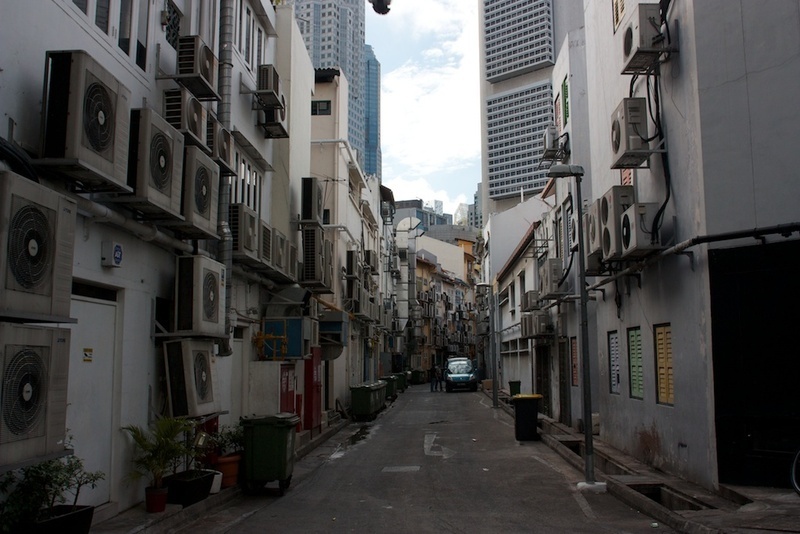 My wandering took me towards some cool temples, one of which had a sleepy guy outside taking a wee nap. In the middle of Singapore. At lunchtime. 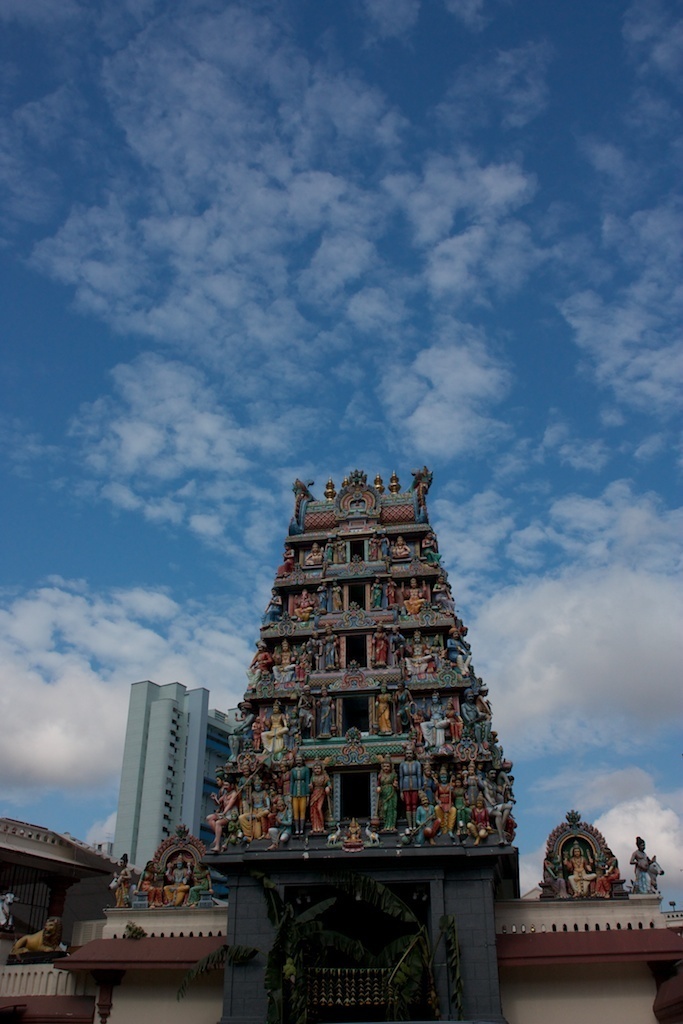 One of the weird things about Singapore is how close the gleaming skyscrapers of the financial district are to some of the old merchants warehouses. 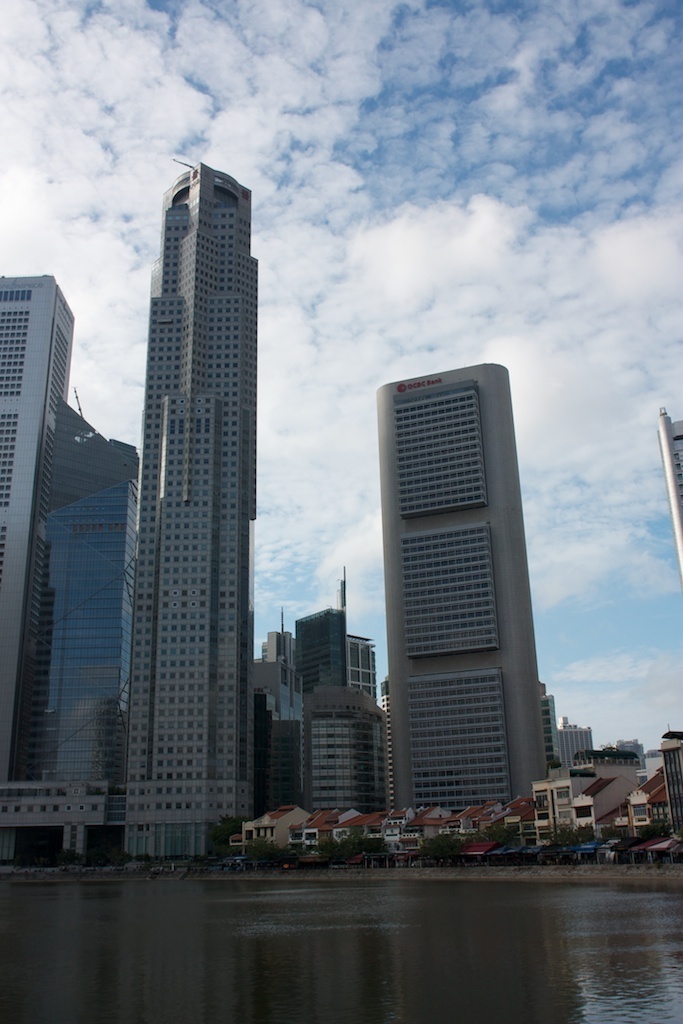 I met a cool group of folk at the hostel and did some fun things over the next few days or so. 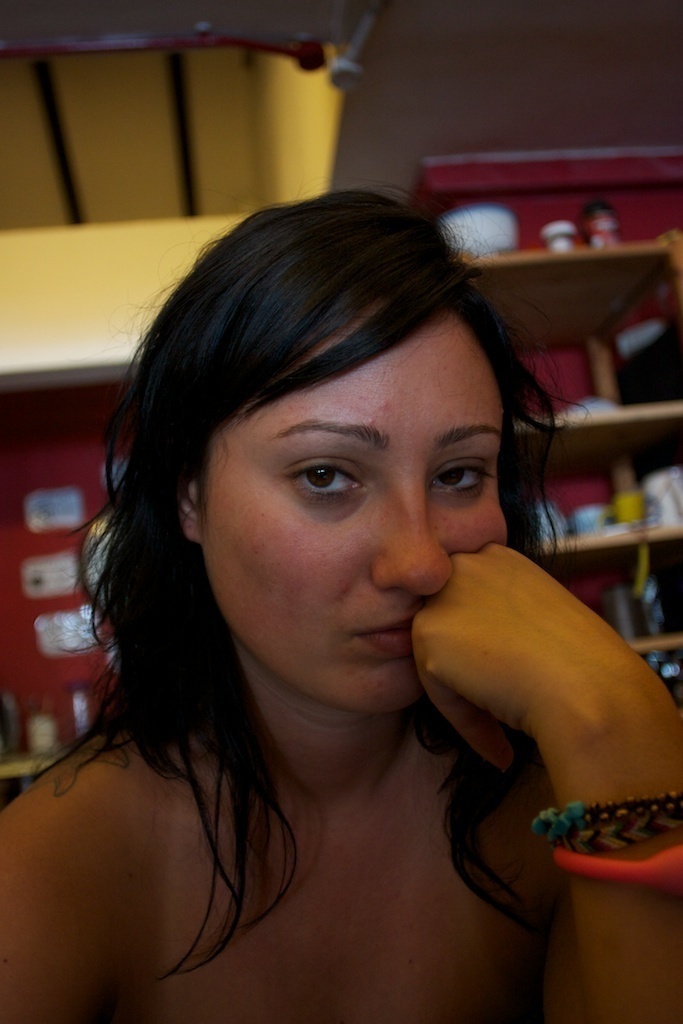 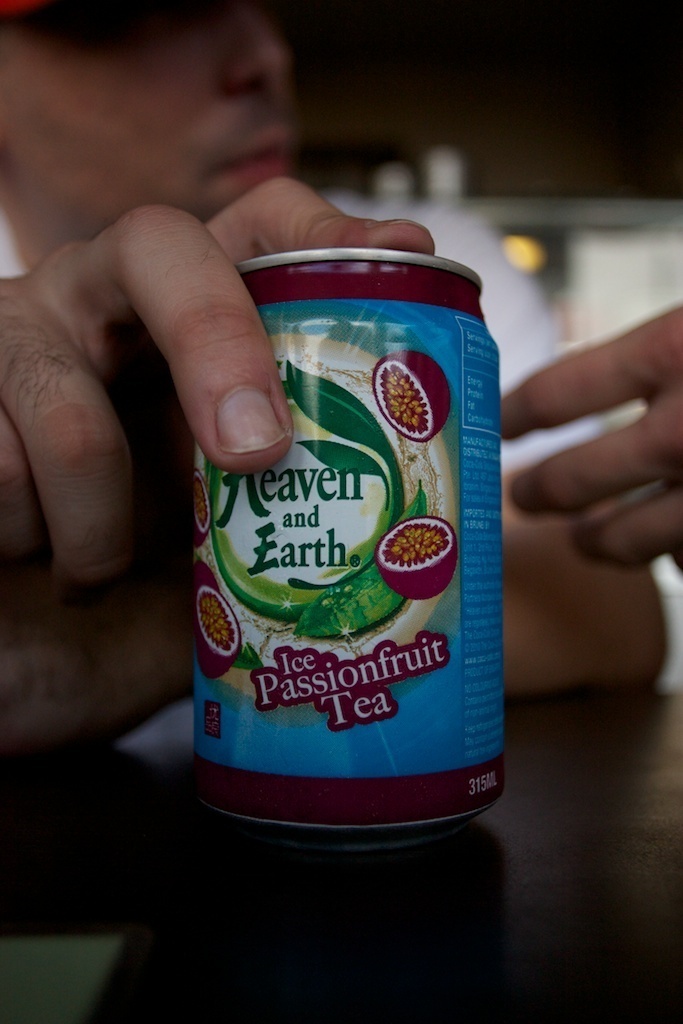 Hawker market near the People's Park. Check out the guy in the pink sparkly girl's top, and the fella who looks like Colonel Gaddafi. 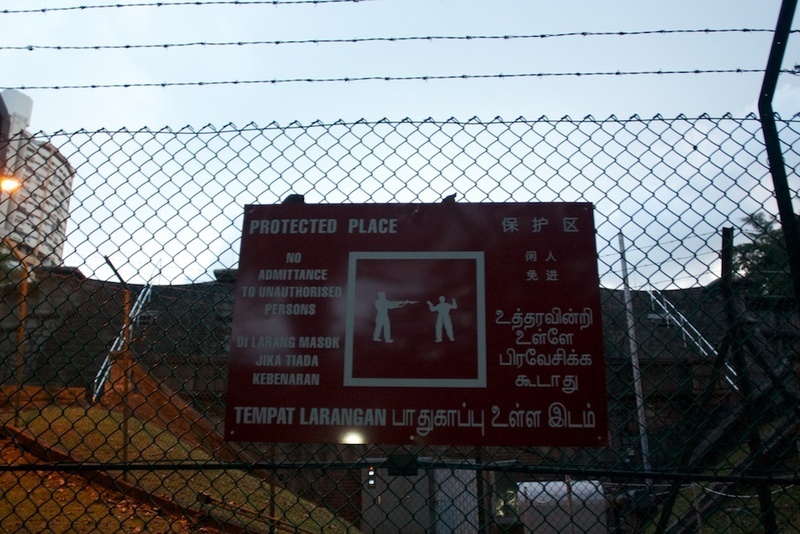 We went on a cycle tour of Singapore led by Tony (or "T-Bone" as I preferred to call him) from the hostel. 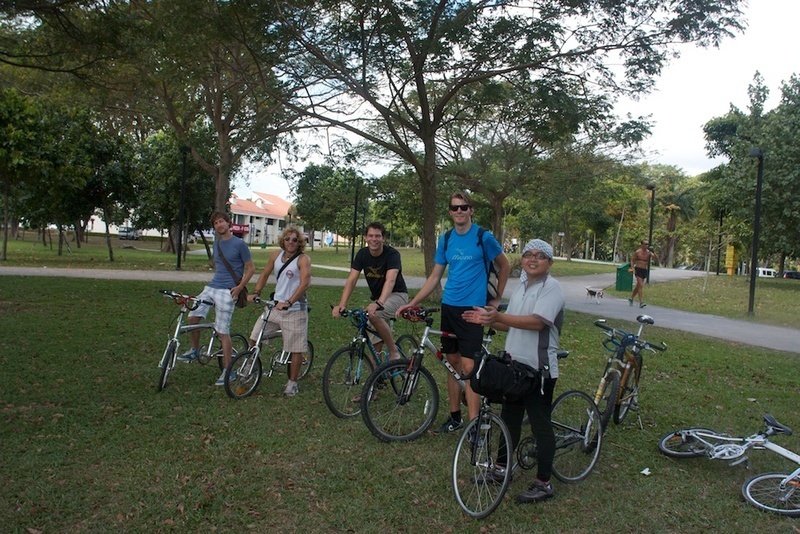 Singapore was another place I loved, even though it's only tiny there's so much to see and do. I was a little sad to see the back of it, which was a little unexpected - I had previously read William Gibson's article in Wired about Singapore titled "Disneyland With The Death Penalty" which painted Singapore as a fairly bland, soulless place. A lot has changed since that was written, as I found it to be vibrant, exciting and steeped in history.